Can't shut it off. 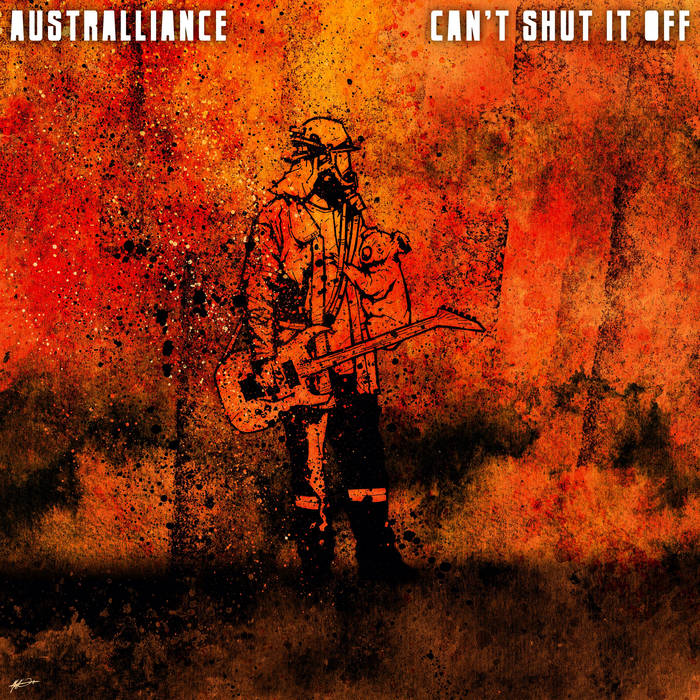 i dedicate ALL of my back catalogue to the Wires wildlife rescue. all of it. anything you buy on this page, up until the "can't shut it off" song, will from now on go to WIRES directly, indefinitely.

AUSTRALLIANCE - “Can’t shut it off”

A song that starts as the loudest scream of despair yet ends with a sigh of hope.

My name is Kevin Storm, I am a professional heavy metal musician that tours the globe and last Sunday the news of Australia’s wildfires had me in tears.
I couldn’t sleep, wrote the lyrics in 5 minutes and the day after started recording a charity song during a 10-hour live stream.
After this I started inviting fellow musicians to contribute.

The whole thing grew out of hand as the community started to gather around it and in one week we now have 16 musicians, some VERY well known in the heavy metal community, who all contributed to a heartbreaking song that is mixed in one of the best recording studios, backed by major companies and so much more is happening in the campaign. The song ends in a 24 piece-choir.

- January 23d is the release of a PRO videoclip done by Costin Chioreanu, who’s is THE most demanded video artist in the rock scene right now.

- January 20th is the start of a week long auction in which major companies and band members alike have donated items to be auctioned, the grand item being a brand new ESP EC256 guitar donated by the company. Art by Melbourne based artist Matthew Dunn and more items being announced daily.

-The song is fully backed by “Dark Essence Records” who will send this out to hundreds of press agents across the globe. The song will be available on iTunes, Spotify and all major platforms for streaming.

- many spin-off campaigns have started, like t-shirt printing and artists contributing amazing art for the auction.

ANY AND ALL proceeds of this campaign will be donated to the WIRES Wildlife Rescue.

We would like to show the world that even the most "rough-looking" metalheads can't turn a blind eye to the pain that Australia is going through now, and neither should the rest of the world.

It's hard to see the light,
If your eyes are always closed
Don't come to me with hindsight
It's clear this path you chose
Barren as the heart of those who look away
Dead earth is the growth that fuels our empathy

The warmth we should have held
Between and in our hearts
neglected, now grew violent
And tears us all apart

The screams of the wordless
Now Resound in fiery air
Distant echo of the voiceless
Echo, echo, no longer there

Hello, my name is Kevin Storm and I am a professional guitarist.

I’ve toured the planet with bands like Shining, Equilibrium, Vulture Industries and many many more.

Over the years I have been many bands and have written several concept albums, and published many collaborations.

This is my little homebase for some of the music I created along the way. ... more

Bandcamp Daily  your guide to the world of Bandcamp